This site or third-party tools used by this make use of cookies necessary for the operation and useful for the purposes described in the Cookie Policy By closing this banner, scrolling this page, clicking on a link or continuing navigation in any other way, you consent to the use of cookies .
Accept Cookie Policy
Tuesday 07 February 2023
Benvenuto, Login
Cart is empty
﻿
Template Zens
Reset
Theme Color
Red Cyan Green Blue Orange Yellow
Store & Layout Style
Layout Style
Menu style
Accessori
Mnb08 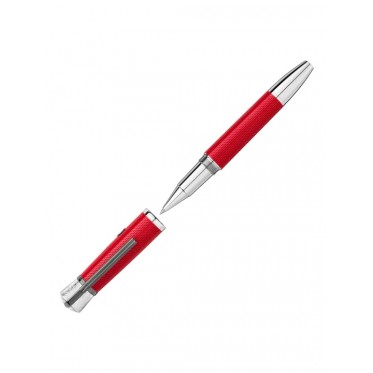 James Byron Dean (1931 – 1955) was an American actor and a cultural icon of teenage disillusionment and social estrangement, as exemplified by the title of his most celebrated film, "Rebel Without a Cause" (1955), in which he starred as troubled teenager Jim Stark. This edition features a red precious resin cap and barrel in reference to the red leather jacket worn by Dean in the film, while the pattern is inspired by the jeans he wore. The clip is a gun which pays tribute to his famous scene in the 1956 film "Giant". The cap ring is engraved with one of James Dean's most famous quotes: "Dream as if you'll live forever. Live as if you'll die today." The cone features an engraving of the coordinates of the James Dean Memorial.


Write us by Whatsapp